Our students come to Lafayette with a variety of perspectives and academic interests. Learn about them below. 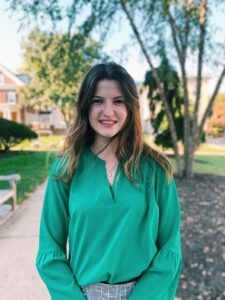 I’m majoring in REES because of the interdisciplinary nature of the program. While pursuing a degree in REES, I’ve explored history, art, comparative literature, and language; few other departments on campus offer such a breadth of curriculum. The small department size facilitates connection between students and professors. I took a class with my thesis advisor, Professor Ceballos, during my first year of college; now, she’s overseeing my research on the construction of hydroelectric dams in the U.S. and U.S.S.R. during the Cold War. I was recently endorsed by Lafayette College to present this research at the NCUR 2020 Conference in Bozeman, Montana. I’m so excited for this opportunity to represent Lafayette’s REES department! Once I graduate, I’d love to work abroad for a year before attending law school in a big city somewhere on the East Coast. 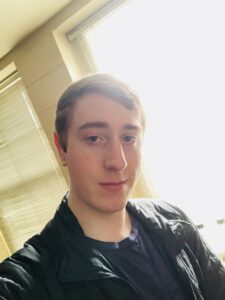 As someone who’s always been interested in languages, I came to Lafayette wanting to build upon that interest. I started out my first year learning German, but I later expanded to learning the Russian language. For me, learning Russian would be a unique challenge and give me an opportunity to learn more about Eastern Europe and everything in it. Over time, I found myself wanting to learn more about this region of the world, especially Russia. Because of my other keen interest in history, I was gradually drawn more and more towards studying how Russian history has progressed and how so much of European and world history has been shaped by this country. It was this infusion with my historical interests that led me to want to do a second major in the REES program at Lafayette. Being a part of the REES program has not only deepened my connection to history, but also allowed me to understand more about Russian culture and how the country stands as it does today. In the future I hope to continue my academic pursuits looking at Russian and Eastern Europe as this area of the world has so much to offer anyone willing to explore it, whether that be in history, the arts, literature, or other forms of academia. 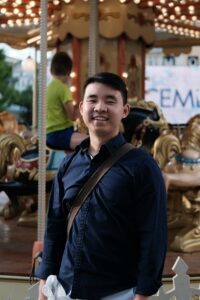 Growing up bilingual in Beijing, I came to appreciate the wonder and vast opportunities that being accustomed to Chinese culture and American culture has brought me. As I looked for a third culture to immerse myself in, my four Russian-speaking friends in high school and Russia simply appeared as an intriguing and misunderstood region drew me towards Russian studies. At Lafayette, the REES program has allowed me to fully explore my interests in all aspects of Russian studies. I went on a Lafayette-led winter interim trip to Russia and Latvia, and a summer abroad in Russia studying Russian language. I took Russian language classes to the highest level and two semesters of Russian literature with intimate class sizes. The more I learn about Russia and the vast Russian-speaking world, the more I want to share my love, knowledge and experiences regarding Russia, and the more I realize that there is to learn. I sincerely look forward to the next time I can be in Russia, speaking in Russian or taking a REES class at Lafayette. Russia’s language, culture and history are all incredibly fascinating and important in today’s world. At Lafayette, I can be a REES major while also pursuing my interest in Engineering. Studying a region or culture, especially one as vast and complex as Russia is a real pleasure and privilege, and Lafayette has been a great place to do so.
—
David Bukowski ’22 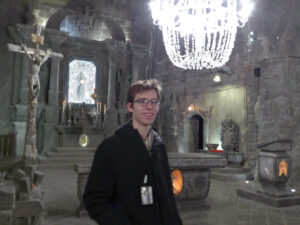 Despite growing up in a family with significant Polish heritage, I was never too interested in Eastern Europe until I started playing soccer with a coach who was also a Russian language and literature professor. (He was famous for giving team talks in Russian when he was in a good mood.) Because of him I gradually became more interested in Eastern Europe, and I ended up taking four semesters of Russian at the local college during high school. I started my time at Lafayette with a Civil & Environmental Engineering major and a REES minor, but I upgraded to a double major because I was so interested in the REES courses Lafayette offered. (I really appreciate that Lafayette allows me to pursue two vastly different majors.) This semester I am studying a Polish culture curriculum at Krakow University of Economics. My picture is from a recent trip to nearby Wieliczka Salt Mine. What I really enjoy about the Lafayette REES program is studying so many different aspects of Eastern Europe, such as literature, history, modern politics, and political theory. Personally, I enjoy reading Bulgakov and Dostoevsky, though it’s much easier with help from Prof. Ceballos and Prof. Sanborn. After studying thinkers like Herzen and larger political movements like Jewish socialism in Prof. Sanborn’s Imperial Russia class, I have also become very interested in East European political thought, especially the work of Tolstoy and Kropotkin. 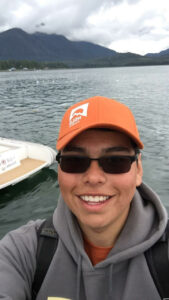 Until coming to Lafayette, REES never crossed my mind as an area of interest. During my freshman year, I took an FYS called Russia Today. This course sparked an interest in a new place, and I wanted to learn about all that this place had to offer to the world. At the end of my freshman year, I had decided to follow this newfound path. I saw REES as the perfect pair for my economics major. This decision came as the world seemed to become more fractured and separated than before. I’ve been challenged to change the way I look at cinema and literature in such a way that I had never done before. REES has allowed me to understand the culture, history, and politics of this vast area of the world. I’m interested in analyzing Russian cinema to understand how this industry developed in economic terms, but I also hope to better understand its influence on the world cinema at large. This is just a small part of a vast field, as there still are topics I hope to cover.
—
Julia Jin-Wolfson ’22 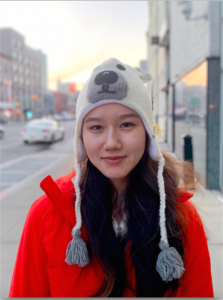 I am a premed student majoring in REES and chemistry. The REES program appeals to a broad range of academic interests, from history to literature, politics, and even cinema. I am personally interested in exploring the intersection between Russian literature and feminism, as well as studying Russian language. I would not be studying REES if it wasn’t for my random placement into the first-year seminar class, “Russia Today.” Since then, I have come to believe, one can study almost any subject in the context of REES and find it rewarding. Outside of my REES major, I am involved in EXCEL research with Professor Ceballos, for her upcoming book in the field of Dostoevsky studies.